Going outside the box to deck a client 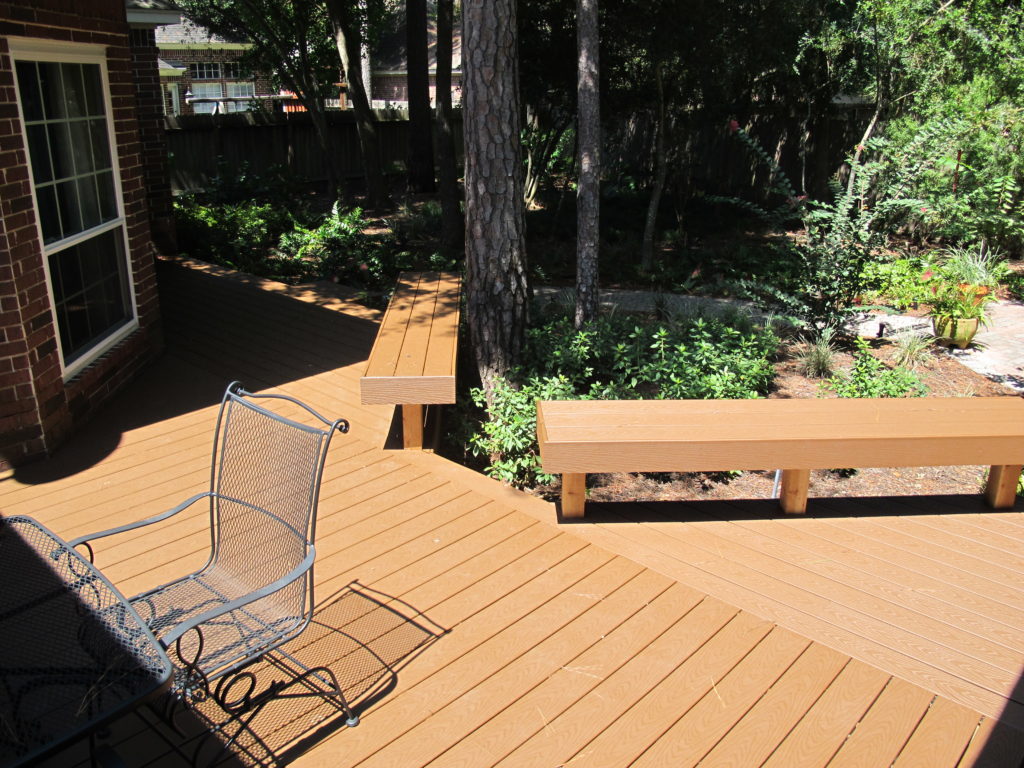 In a twist on our belief that one good project leads to another, a Woodlands client who previously had us remodel their kitchen and two bathrooms referred us to friends who needed some modest updates. It was a referral that took us outside the box of the home. 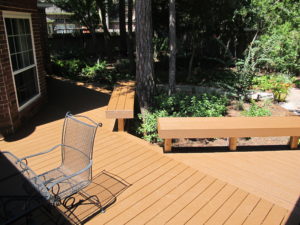 Initially, they had us install new solid wood flooring in a home office. Then, we put up new LED and pendant lighting in their kitchen while performing various trim carpentry and paint projects around the house. These homeowners were so impressed with our craftsmanship they asked us to upgrade their wooden deck outside.

Although we don’t widely promote our capabilities outside of custom kitchens and bathrooms, we have an array of skilled tradesmen necessary to execute all forms of residential renovations. In fact, we often take on these kinds of special projects for only past clients, who are already aware of our commitment to expert craftsmanship.

Like most wood decks, time had taken its toll on theirs, resulting in numerous rotted and worn boards. It was living proof that the best day in a deck’s life is the day it’s built; from there, it’s a slow but steady decline. 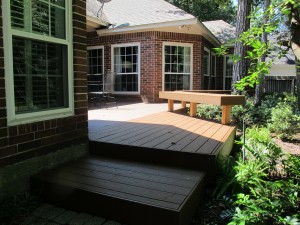 These clients were considering a new wood deck. But, they wanted something better able to withstand the elements of Houston’s climate. They wanted a deck with beauty and functionality that would last at least as long as they lived in the house. That’s when we suggested Trex.

A Trex deck is a tough deck

Trex is a composite decking material encapsulated within a protective polymer shell. It looks like wood, but outlasts wood. It doesn’t require staining or refinishing. It’s nearly maintenance free, requiring only occasional washing off with a hose.

It was a perfect fit for this project, especially after the client learned of Tom Tynan’s longstanding endorsement of the product. While Trex is available in a variety of finish grades and colors, the client chose a traditional brown color scheme for their 500-square foot deck. 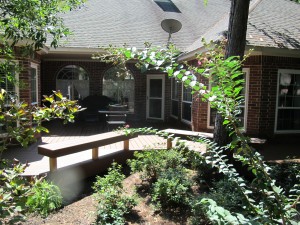 When building a Trex deck, the framework is done with traditional treated lumber. This project presented some unique challenges. Their sloped backyard required intricate framing to get the deck level and on the same grade as the back door. TriFection’s skilled craftsmen were able to build the deck so there isn’t any step-up or down in the transition from house to deck.

It’s a transition these clients make often as they enjoy sitting outside and relaxing with the beautiful views of the Woodlands from their long-lasting TriFection deck. 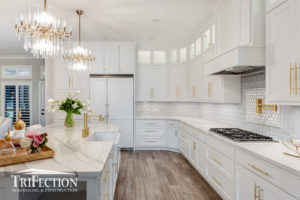